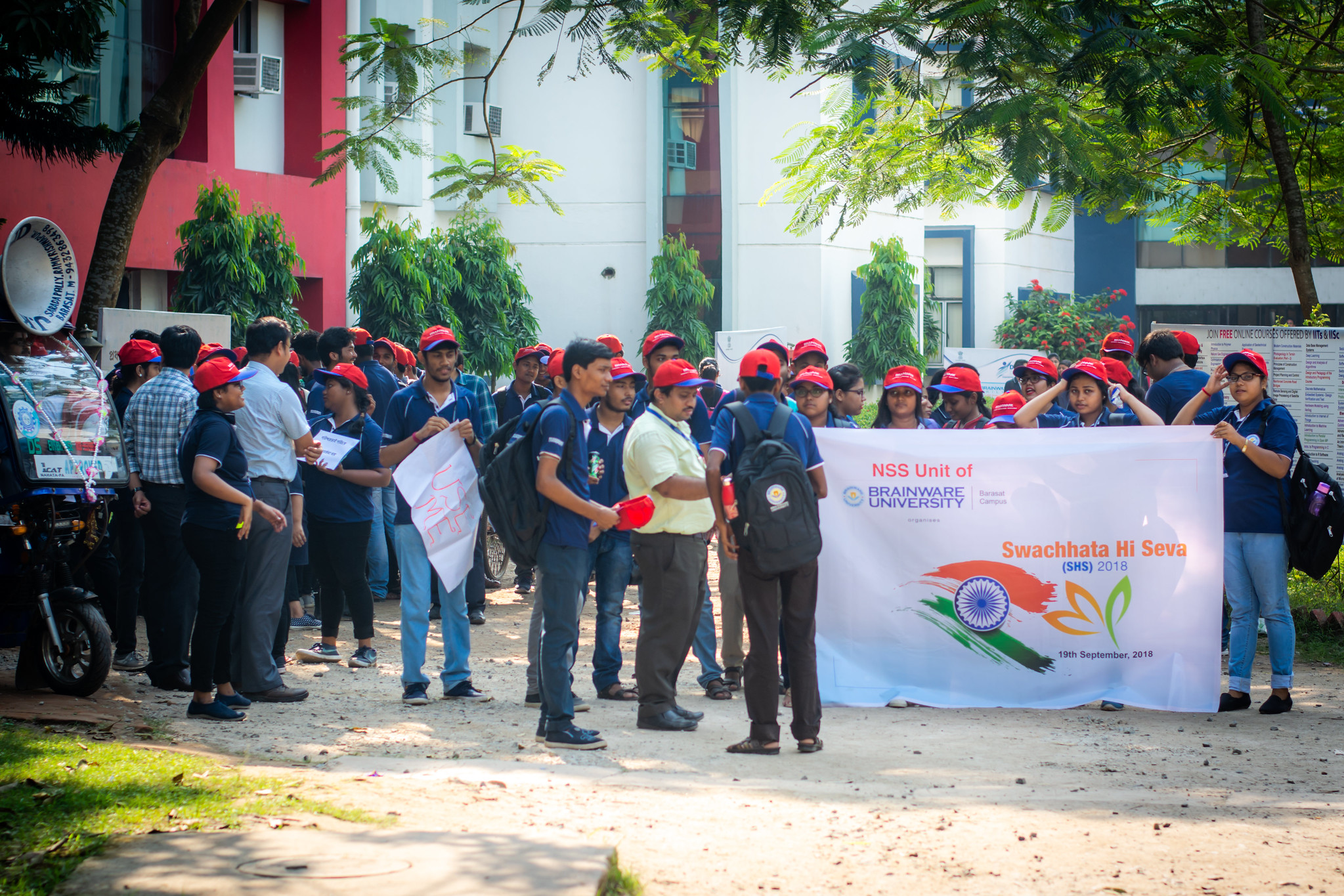 The NSS Unit of Brainware University organized a Swachhata Hi Seva Campaign on the 19th of September, 2018 in accordance with the UGC guidelines. The students along with their mentors organized a cleaning event in and around the locality with the aim to clean up the streets, drain and alleyways. A salient feature of this campaign was a Cultural Awareness Programme conducted through Street plays and Folk performances. Street theatre plays a major role in disseminating awareness among common mass. It engages the audience and presents the issue in such a manner so that the audience can relate to. Folk performances are another effective medium which has a deep impact on social conscience. The programme was conducted in a crowded area and the population responded to it by stopping and watching the performance. One major objective was to increase the awareness amongst the local people and encourage them to not throw litter here and there but to use garbage bins to maintain cleanliness, personal and public hygiene.