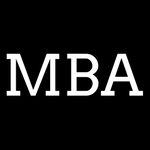 A Masters in Business Administration (MBA) became the most sought-after career choice for students globally after the private sector was unshackled thanks to the economic liberalisation in 1991. It became the success mantra for students who wished to launch a successful corporate career. The competition for graduates had increased because companies in sectors that were previously not associated with business schools were arriving on campus and hiring these students. Over the past few decades, a large number of companies and organisations were willing to pay out significant money to this new breed of executives subsequently making an MBA degree a symbol of status and money.

Unfortunately today, the degree, which could translate to a number of career fields in sectors like healthcare, finance, marketing, economics, human resource, technology, international business and many more, is losing its prestige due to business schools driven by commercial goals. Some of the underlying factors responsible for the decline have been studied and documented in detail. Most Indian business schools are seen to be compromising on the quality of education and infrastructure. The unavailability of competent faculty and the cost involved to employ such faculty have eventually kept these schools from meeting their educational goals.

Apple co-founder, Steve Wozniak echoed similar thoughts on the missing link in the Indian education system. “The culture here (India) is one of success based upon academic excellence, studying, learning, practicing and having a good job and a great life…but where is the creativity? The creativity gets left out when your behaviour is too predictable and structured, everyone is similar,” he said in an interview with The Economic Times.

However, the silver lining is that studies show that hiring demand is still going strong for recent MBA graduates from APAC (Asia Pacific). In fact, the demand is strongest here, where 90% of employers are planning to make MBA hires this year. This puts the APAC region as the most popular destination for MBA hires. MBA graduates are better positioned with the rapid rise in the number of start-ups on net and brick and mortar. Salaries drawn by MBA graduates have hiked by the largest amount in a decade.

Kolkata, the capital of West Bengal, is home to many industrial units run by large Indian corporations with products ranging from electronics to textile making it one of India’s top MBA destinations. Based on in-depth research, the placement records of MBA colleges in Kolkata reveal that the demand has increased and average salary is higher compared to past years.