How Autonomous Cars Can Change The Future?

How Autonomous Cars Can Change The Future? 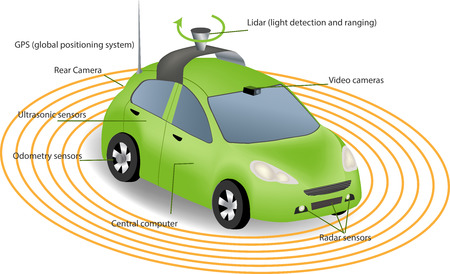 In the past few years autonomous driving has become from maybe possible to definitely possible. There’s no reason why one used to think these cars were inevitable, but now they are commercially available. In December 2018, Waymo, the organisation which emerged from Google’s self-driving-car project, officially began operating their commercial self-driving-car service in the suburbs of Phoenix. It is available to a few hundred vetted riders, and for safety human operators shall always remain behind the wheel.

It is just a beginning. Waymo will stretch the service’s capability and availability with time. Meanwhile, its onetime monopoly has evaporated. Smaller start-ups like May Mobility and Drive.ai are running small-scale but revenue-generating shuttle services. Every significant automaker is pursuing the tech, eager to rebrand and rebuild itself as a “mobility provider” before the idea of car ownership goes kaput. Ride-hailing companies like Lyft and Uber are hustling to dismiss the profit-gobbling human drivers who now shuttle their users about. Tech giants like Apple, IBM, and Intel are looking to carve off their slice of the pie. Countless hungry startups have materialized to fill niches in a burgeoning ecosystem, focusing on laser sensors, compressing mapping data, setting up service centres, and more.

The 21st century gold rush is motivated by the intertwined forces of opportunity and survival instinct. Driverless technology will add $7 trillion to the global economy and will be saving hundreds and thousands of lives in the next few decades.

Simultaneously, it could take down the auto or taxi industry and also the gas station which re-fuel them. With the introduction of the self-driver cars some will prosper. Most will benefit. Many will be lagging behind.

It’s worth memorizing that when automobiles first began rumbling down manure-clogged streets, people used to treat horseless carriages. The moniker made sense: Here were vehicles that did what carriages did, minus the hooves. By the time “car” caught on as a term, the invention had become something extremely entirely new. Over a century, it chiseled how humanity moves and thus how (and where and with whom) humanity exists. This cycle has restarted, and the term “driverless car” will soon seem as out-dated as “horseless carriage.” We don’t know how cars that don’t need human chauffeurs will progress with the society, but we can be sure a similar gear shift is on the making.

Keep your eyes open for a whole new evolution. It might happen that soon you get to travel in autonomous cars. You make the environment pollution free and reach your destination on time.